With esports taking over the world like a storm, many games have introducing their own leagues to bring life to the competitive scene of their respective games and the latest addition is the Activision’s Call of Duty League. It was announced back in 2019 and the first season of the Call of Duty League has already started in this new year, 2020 in the hopes of creating history. The series will be held throughout the first half of the year starting January 24. This league is also similar to other professional sports leagues as the teams are based on cities around the world. There is a total of 12 teams, 9 coming from the United States, 1 from Canada, 1 from United Kingdom and 1 from France. Another interesting feature of this league is that the matches are held in the cities of the teams competing and the venues include London, Atlanta, Los Angeles, Dallas, Chicago, Florida, Minnesota, Seattle, Paris, New York and Toronto. This is also a huge exposure for the console esports scene as the series is played on PlayStation 4 unlike earlier Call of Duty titles in the past.

Another interesting fact about this league is the broadcasting rights of the series. Twitch and YouTube has been the 2 main broadcasting partners for almost all of the esports leagues and tournaments out there. And specially when it comes to gaming, the attention straightly goes to the Twitch platform as it has been really famous for gaming and esports content in the past few years. But recently there has been exclusivity deals between streamers and these platforms in hopes of business benefits. The trend and the idea started with Microsoft buying out Ninja to exclusively stream on Mixer and was followed by Shroud and a few other streamers. Then the next big step or the news was when YouTube and Activision Blizzard signed a deal to stream the Overwatch League and the Call of Duty League exclusively on YouTube. This deal has given the exclusive rights of streaming solely for YouTube and that the audience who are watching from home can catch on the action only on YouTube.

So, when it comes to the format of the tournament, it’s a bit different than some formats you’ve seen on other esports and sports leagues like the League of Legends Championship Series, etc. As each team gets to host a weekend, teams will be flying around Europe and the US frequently. So, each weekend is hosted in a tournament style event. Top 2 teams from each group that’s competing in a week get the chance to advance to the bracket stage which is in single elimination mode. The bracket stage matches will be best of 5 matches and the winners from the bracket gets the prize pool for that week. The matches will be played on the modes Domination, Hardpoint and Search & Destroy respectively.

The debut of the league or the launch weekend was hosted by Minnesota on January 24-26, 2020 at the Minneapolis Armory. The 12 competing teams were namely Chicago Huntsmen, Atlanta FaZe, Paris Legion, Minnesota ROKKR, Florida Mutineers, London Royal Ravens, Dallas Empire, Los Angeles Guerillas, Seattle Surge, New York Subliners, Toronto Ultra and Optic Gaming LA. The Launch Weekend was more than just an action-packed matches and the whole weekend was filled with many activities like meet-and-greets and more. The opening week turned out really well for the home team Minnesota ROKKR followed by Atlanta FaZe, Chicago Huntsmen and Paris Legion as they were able to win both games they played. At the end of the week, Atlanta FaZe and Chicago Huntsmen were tying for the first place followed by ROKKR and Legion in the next 2 spots respectively.

Week 2 of the series was special than the first week for a couple of reasons. The series has now moved out of the US to its week 2 hosts, London Royal Ravens at the Copper Box Arena in London, England, United Kingdom. The league featured a prize pool for the first time, which was $100,000 and an open tournament. A total of 8 teams participated this week and 4 teams were able to share the prize pool as Chicago Huntsmen came 1st, Dallas Empire as 2nd and Paris Legion and London Royal Ravens tied for the 3rd place. Week 3 started fresh at a new location Gateway Center Arena, Georgia. The home for this tournament was Atlanta FaZe and the week was packed with action and hope, specially for the Florida fans and the Atlanta fans. The turned out to be a more heating and a nail-biting experience than the first 2 weeks. On the first day of the group plays, Minnesota ROKKR was able to beat Paris Legion 3-1, London Royal Ravens beat Florida Mutineers 3-1 and Chicago Huntsmen beat Toronto Ultra 3-2.

Day 2 was featuring 7 games and all of them exciting than the other. On the first match, the home team, Atlanta FaZe got to sweep out Optic Gaming Los Angeles 3-0. Chicago Huntsmen, Paris Legion and Atlanta FaZe were able to beat Minnesota ROKKR, Toronto Ultra and London Royal Ravens 3-1 respectively. Then started the great little spicy show of the Mutineers. Mutineers faced Optic Gaming in the loser bracket of group A and was able to obliterate them 3-1 and advanced to the next round to face London Royal Ravens. The match between Royal Ravens and the Mutineers was special for 2 reasons; Mutineers had the chance to get the revenge for the 1st day and the game itself was one of the best shows, audience could ask for, swinging back and forth. The match was like a swing at a park, swinging up and down. 1st game, Hardpoint was won by the Mutineers and the 2nd, Search and Destroy by the Ravens. The 3rd game, Domination was won by Mutineers again and the following round was won by Ravens. The match was stretched out to a 5th and final battle in which Mutineers grabbed the win for the day making Ravens hopeless to advance. Minnesota ROKKR was also able to beat Paris Legion 3-2 to advance into the next round. By the end of the 2nd day, Atlanta FaZe with a 4-win streak and Florida Mutineers were able to secure the top 2 spots of Group A advancing to the finals on February 24 while Chicago Huntsmen and Minnesota ROKKR did in group B.

The 4 teams were ready to fight for the 1st place of the week’s tournament and grab the $50,000 top prize. The first match was between FaZe and ROKKR where ROKKR gets reverse-swept. ROKKR managed to secure the first 2 rounds but FaZe destroyed ROKKR in the next 3 rounds and advanced into the Finals. The other semi-final was between Chicago Huntsmen and Florida Mutineers. This match also managed to give the fans a good show as Mutineers reverse-swept the Huntsmen. Mutineers soon became as relevant as FaZe with their unique and amazing play styles and strategies, and seriously, who were these guys? The week’s 2 favorite teams then faced each other for the first place. Atlanta FaZe was however able to wipe out Mutineers 3-0, securing the victory and pride of the home city. Faze’s Cellium got to become the tournament MVP by the end of the 3rd week.

Mutineers – who are they? Atlanta FaZe managed to win the tournament and grab the $50,000 price but Mutineers were able to grab the audiences’ attention, $30,000 and the new-found respect. So, who are these Mutineers and why were they so good? The name “Mutineers” speaks for itself. Florida is famous for the pirates and the relentless sailors described in its tales of yore. Just like the mutineers back in the day, these Mutineers also work and rebel for victory.

The team is formed of all talented and experienced individuals. Preston “Prestinni” Sanderson is a former champion and has participated in 2 Championships before this league. Bradley “Frosty” Bergstrom and Cesar “Skyz” Bueno are similarly experienced players in the Call of Duty championship history. Colt “Havok” McLendon is a veteran in the Call of Duty esports scene and Chance “Maux” Moncivaez also has participated in 3 Call of Duty World League Championships before. Finally, Nick “MaNiac” Kershner and Ricky “Atura” Lugo, the substitutes for the team are also talented individuals, Atura being a coach himself.

Looking at the Mutineers’ roster, it is clear it has a lot of franchise veterans. Prestinni is the most iconic player of the team who has a lot of experience winning tournaments before. Before he joined the Mutineers, he had an amazing run with his previous team, eUnited with whom he won the Call of Duty World League Championship 2019 and CWL Pro League in the same year. Him playing alongside Maux and Havok, who are also veterans in the scene, are not respected/credit enough, not just yet but they themselves will prove how deadly they can be in the coming weeks.

So, in conclusion, so far the tournament has been really working out well, FaZe still standing undefeated with a 6-win-streak. It’s just been 3 weeks and there’s a lot to come in the future as well so anything could happen in this league. The league will continue on March 7 again in a brand-new location, Los Angeles and following are the current standings by the end of week 3. 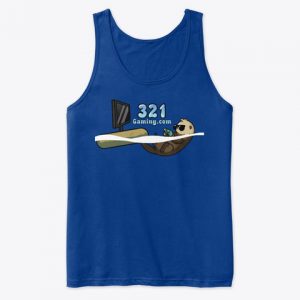 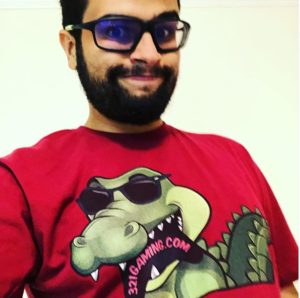